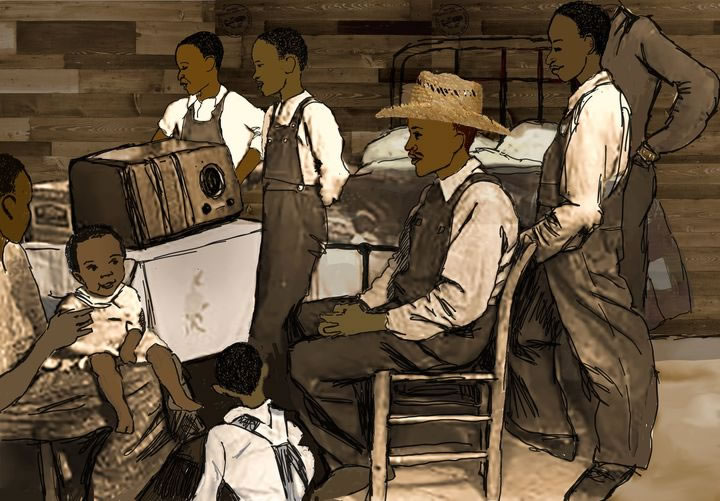 Bella Maps the Road to Freedom 3

Constance remembered when she first knew that she wanted to sing opera. The family was gathered around the family radio when a shock of electricity entered the room. They had been listening to reports about WWII; they breathlessly hoped for good news that would end the war and send her brother, Roosevelt back home.

Then a current of sheer power streamed through the radio’s waves. It was Marian Anderson, and although only four-years old, Constance fell in love with her music. The Daughters of the American Revolution refused to allow Ms. Anderson to sing at Constitution Hall in Washington, DC. to an integrated or mixed-race audience. So, with the audacity that befit her constitution, First Lady Eleanor Roosevelt invited Ms. Anderson to perform in an outdoor venue.

“Befit her constitution? Say what?” Matthew asked before Bella could get the words out.

“That’s a smart way of saying that Mrs. Eleanor didn’t take smack, as you youngsters put it, off anyone. So, she showed those stuck-up old biddies that they couldn’t discriminate against blacks on her watch,” Aunt Prudy declared.

Standing boldly on the steps of Lincoln Memorial, Ms. Anderson sang to a crowd of over seven hundred and fifty thousand people, and Constance listened to her on the radio in her small home in Armstrong Colony in 1939.

In 1955, Ms. Anderson finally sang at the Metropolitan Opera, better known as the Met. But by that time, her voice’s range and power had diminished due to her age. Still, Constance hoped to follow in her idol’s footsteps too. When Leontyne Price debuted at the Met two years later in 1957, it gave Constance even greater inspiration to go for her dream. A black girl could be an opera singer. A black child could dream.

Excerpt from the historical children’s book series: Bella Maps the Road to Freedom.