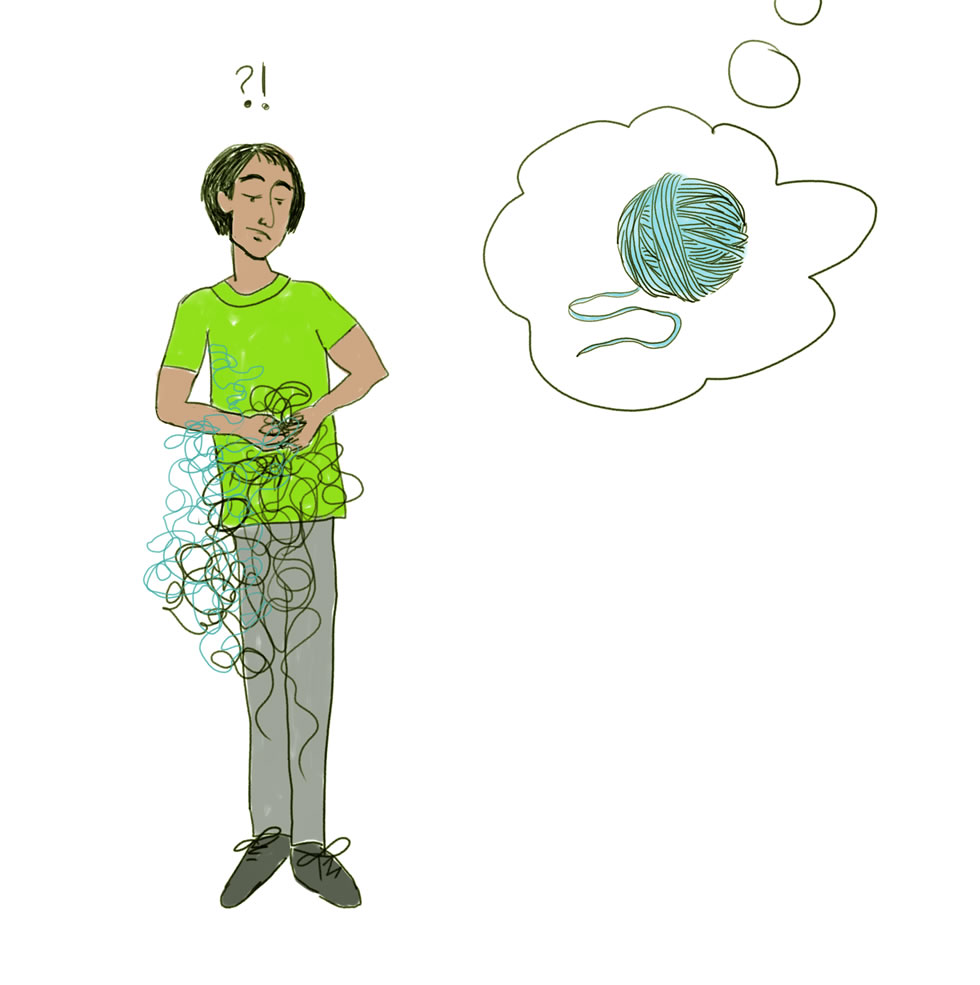 Have you ever seen a cat’s cradle? It is a children’s game that is played with strings. You take the strings in your hand and you pull them apart and they make a unique formation. Then another friend tries to put his hand through the cat’s cradle without getting caught, which inevitably always happens.

Today the will of God feels like that to me- A cat’s cradle. Looking from a bird’s perspective it seems elegant, orderly, but from a human perspective, on eye level, it seems to be a simple mass of string with no purpose or ingenuity. That describes purpose perfectly. The will of God. It is elegant in its design. I t has a purpose, but it often seems like a confusing maze that leads to nowhere.

God is both creative and orderly. It took creativity to dream up oceans that are swarming with fish and brilliant lights and nebulas. Sometimes, even that creativity can seem as if it is without order and structure until we are reminded that that bountiful ocean was given the boundary of the beachhead and is not allowed to come any further.

When the brilliant stars were given the inky sky and told to remain there. Sometimes things do get out of order, but that is because Satan entered the world. So God is a God of creativity and order.

How does that apply to our lives? There are times where God singles out individuals to be pioneers, like Moses. Everything about Moses’ life is unpredictable- at least it seems. He was born in a time in which Jewish babies are not wanted in the kingdom of Egypt. He somehow has a sense that there is a call on his life as a pioneer to help the Jewish people. He gets it a bit backwards and moves out before God’s timing.

This is simply an opportunity for Rahim to use that brash spirit for His purpose. So Rahim sends him into the desert for four years, He finds a nice black wife, has a kid, learns how to shepherd sheep. What do we know about sheep? They are not bright, they have bad eyesight, they follow other sheep, they are stubborn, they desperately need a shepherd. Guess what Moses, it’s now your job. You are going to head up a mass of people that is stiff-necked, rebellious and hard-hearted.

Now, to someone living on the outside, especially someone living today, who is well acquainted with the prosperity message, that individual would say to Moses, “How did you get out of the will of God? This is frankly a hot mess. You’ve got a congregation that doesn’t listen, and doesn’t come under authority.” To which Moses would have to reply, “God gave me this congregation. I would have never chosen them.” Is that sounding like something in your life? The assignment that God had given you that other people think: ‘that’s a rather reckless decision that you have made. And why would you stick with it.’ All the while you are throwing up your hands like Moses and saying: “This hard-headed, stiff-necked, rebellious, callous people that God gave me- I didn’t give them to myself.”

Somebody had to lead the Israelites to the promised land. Unfortunately for Moses, he gets to the edge and not get to go to the other side because he allowed those stiff-necked, rebellious, callous people to stir up impatience and anger in him when he hit the rock but this is a story for another day.

Without Moses, and then Joshua and Caleb, the people could never get into the promised land and without the promised land, we were never going to get our Messiah. Somebody had to die. I am recognising that more and more. That what looks like a swirl of inconsistency and a series of bad choices and “are you sure you heard God right?” questions. It’s the cat’s cradle. It is that elegant symmetry that looks like a mass and weave of strings, but it’s God’s divine omnipotent hand that is pulling the strings. Though it seems like we will be caught in the middle, without a way of escape- in the end, we will find that we have been caught in the middle of a great plan. One that we could never have understood because it is far beyond our understanding. His ways are far higher than our ways but we trust in that creativity and that order. Even in the midst of what looks to be chaos.

Just as the Spirit of God hovered over the earth and spoke order into the chaos, He speaks order into the chaos that appears to be His will. That is His will. That was His will for Moses to take the difficult people. Moses got tired. He didn’t say “let me go and rescue these people”. God sent him. God sent Jeremiah but he still ended up in a well.

I can only find one pioneer whose life went fairly according to plan, and that would be Isaiah. He was happily married, he had children, he was respected, and his wife was the daughter of a priest. Everyone else I have found that has been sent to pioneer and do difficult work, their lives were not pleasant. Much of it didn’t make any sense until you looked at it in hindsight to see the hand of God orchestrating and bringing order. It looked chaotic and a hot mess, and didn’t make sense until you got distanced from it.

We can give ourselves the same grace to realise that God has called us to some difficult things that require us to die. That requires pain, and don’t make sense in the present, but that He is not going to waste our pain and what looks like a cat’s cradle has a point of release and growth, that our death, that our sacrifice is never wasted and that God has made it part of a bigger plan and vision for people’s redemption, perhaps like Moses.

Each day we can get up and do the hard thing in the hard place with hard people. At least I hope so. And we can continue to trust that God is our great reward and that he will do for us what we cant do for ourselves.